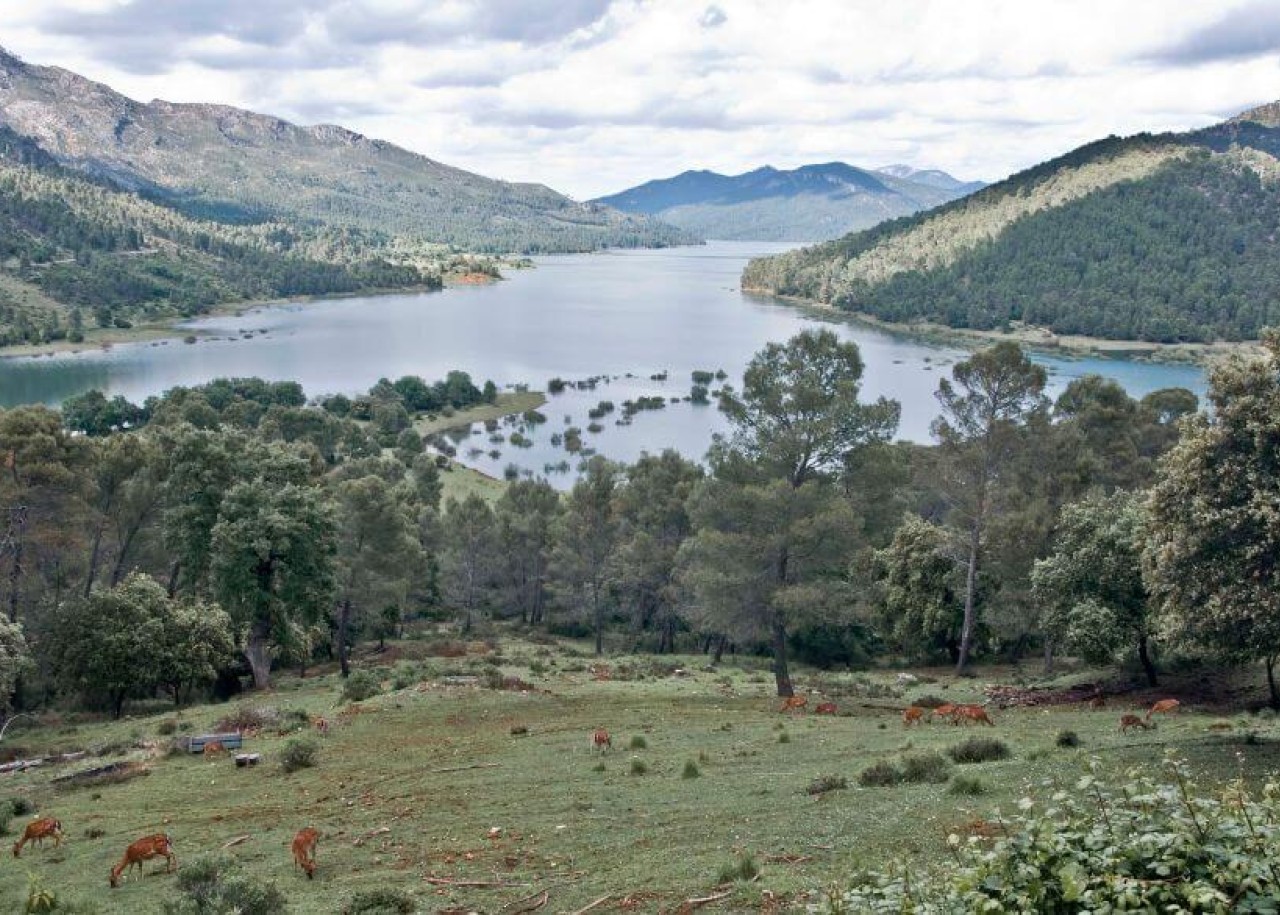 The Sierras de Cazorla, Segura and Las Villas Natural Park is a natural area located in the northeast of the province of Jaén. It covers an area of 214,336 hectares, making it the largest protected area in Spain and the second largest in Europe.

It has been declared a Biosphere Reserve by UNESCO since 1983, a Natural Park since 1986 and a Special Protection Area for Birds (SPA) since 1987.

Its scenic beauty, biological wealth and cultural heritage make it one of the most visited natural areas in the whole of the Iberian Peninsula. One of the attractions of this place are its plants and animals, some of which are endemic to the area and are very easy to see.

Crags, laricio, black or Aleppo pines dotted with holm oaks, acers and oaks are the most characteristic features of the Sierras de Cazorla, Segura and Las Villas Natural Park. Among the branches of these trees, we can make out the flight of the golden eagle and the griffon vulture and, if we are lucky, we can enjoy species that are exclusive to the area, such as the Valverde lizard or the Cazorla violet. It is also privileged to have species such as the mountain goat, the red deer and the wild boar.

On the road to El Tranco, the most unique and special flora of the park can be found in the Torre del Vinagre botanical garden.

But the Sierras de Cazorla, Segura y Las Villas Natural Park is much more than nature. Civilisations such as the Iberian, Roman and Arab have left their mark. The squares and alleyways of Cazorla, a town surrounded by the Sierra de los Halcones mountain range, the castle of La Iruela, the Iberian necropolis of Troya in Peal de Becerro and the Roman villa of Bruñel stand out.

Municipalities that make up the Park

Given its vast size, the Sierras de Cazorla, Segura y Las Villas Natural Park covers 23 municipalities with a population of approximately 80,000 inhabitants. The degree of protection varies from one area to another, allowing the coexistence of diverse economic activities in most of the territory.

Therefore, the municipalities that comprise it are:

These municipalities belong to three comarcas:

The Natural Park of the Sierras de Cazorla, Segura and Las Villas is the ideal destination to enjoy a few days full of activities for the whole family. In its great extension, we will be able to enjoy a wide range of activities capable of satisfying the expectations of all audiences.

Hiking is the main activity, as you will be able to discover truly amazing enclaves of great beauty, such as the Valdeazores Lagoon. The Park has more than 50 itineraries to discover the diversity of landscapes that characterise it.

The more adventurous can opt for climbing, an activity that has several routes open, such as the Riogazas area, in Cazorla. Rafting on the Guadalquivir river or canyoning in the Cerrada del Utrero are two of the most popular activities in summer and offer spectacular panoramic views of the river and its cliffs. These two activities must be done through active tourism companies.

The extensive hydrographic network of the Natural Park allows for numerous activities: a boat trip on the Tranco reservoir, hiking along the Borosa river or discovering the sources of the Guadalquivir and Segura rivers or the waterfall of Chorro Gil are some of the extensive possibilities.

On most of the open forest tracks, you can practise cycle touring and reach, for example, the sources of the Guadalquivir or Segura rivers or ride through the Campos de Hernán Perea.

Last but not least, if one of your passions is astrology, the Park has several astronomical observation points where you can enjoy admiring the stars. It also has the European Charter for Sustainable Tourism.

- Hiking route along the Borosa River. This is one of the most beautiful routes in Cazorla and the most visited in the Natural Park of the Sierras de Cazorla, Segura and Las Villas. The route starts at the Torre del Vinagre, next to the fish farm and the Botanical Garden. To reach our starting point, take the A-319 road, which links Cazorla with the Tranco reservoir.

The Borosa is a tributary of the Guadalquivir River and is the course that the trail follows. This hiking route enjoys spectacular scenery, with its famous wooden footbridge that will allow you to enjoy, even more if possible, the river, different waterfalls and natural landscapes. Take your camera with you because you won"t be able to resist taking pictures of the scenery.

- Route along the Castril River path. A wooden footbridge over the river, a suspension bridge and a tunnel are the three main elements of this route. A beautiful natural landscape that blends in perfectly with the urban area of Castril.

The route starts with this short walk through a wooded area, where you may see some squirrels. Descending to the river, something we can do from the centre of the village, we will reach the old power station, located in the rock on one of the slopes of the riverbed. When you get here, be prepared to admire a place of exceptional beauty.

On the river, the sensation of contact is exhilarating to say the least. The path is formed by a footbridge over old railway sleepers embedded in the rocky wall. After a few metres, we come across one of the attractions of the path over the river: the suspension bridge. On the other bank, a gallery almost 70 metres long awaits the traveller to access a natural balcony from which you can contemplate the last stretch of the narrow gorge, with its waterfall.

- Route of the source of the Guadalquivir. The most important river in Andalusia has its source in the province of Jaén and, for this reason, its hiking route is one of the most popular. The source of the river is a pleasant and cool place, where maples, hawthorns and ash trees accompany the Río Grande, as the Arabs called it.

A few hundred metres further up is the Cañada de las Fuentes forest house, where there is a recreational area where fallow deer and deer come in small groups.

As a curiosity, the real source of the River Guadalquivir is located under a poem by the Álvarez Quintero brothers. However, the sources of the Guadalquivir are to be found in the gully of the Cañada de las Fuentes. 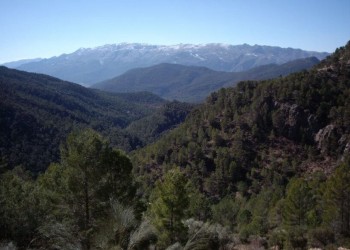 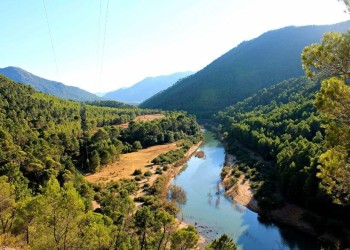 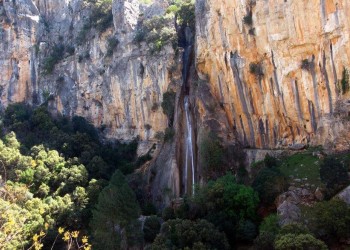 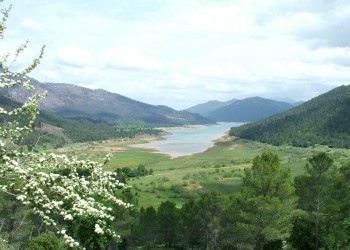 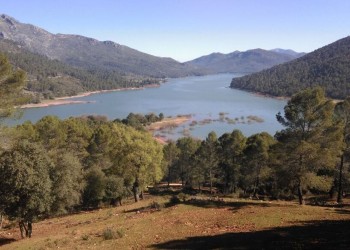 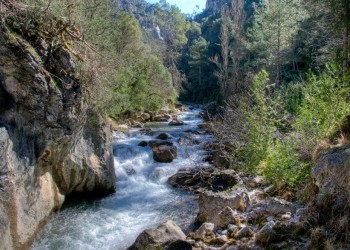 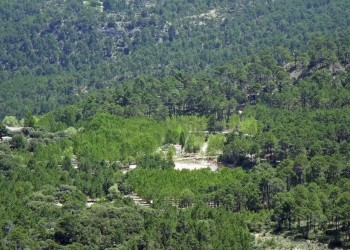 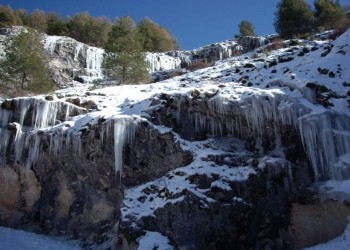 How to get to
Sierras de Cazorla, Segura y Las Villas Nature Reserve